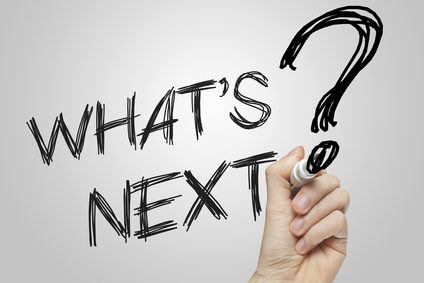 Once you’ve finished that big event, whatever it may have been (first 5k, first 100 miler, a PB, or something nothing to do with running) and the buzz and kudos has faded, it leaves you with a big gap and a risk of being de-motivated.
You dedicated all those hours to training, you pushed yourself, you achieved something huge, and now it’s over and gone.

It can be quite an empty feeling. I remember after I’d done my first marathon in 2006 – once the ‘glory’ had worn off I felt quite lost. There’s instantly a gap in your life, both from the training, and also the sense of moving towards the accomplishment. The danger is, if you start to revel in this, the weeks and months pass and you’ve done nothing further. Perhaps you gain weight, lose your fitness, or just get complacent with your life.

There’s a ludicrously simple way around this, and an important lesson I was taught years ago. This applies whether you’ve just finished a sporting event, got a promotion, or whatever it is, as the principle is the same. Here it is:

Told you it was simple! Let yourself enjoy the buzz of what you’ve achieved, then, before the ‘comedown’ starts, get  goal setting straight away. Don’t put it off for a week, as the week will turn into months before you know it.

Now the goal doesn’t have to be related to what you’ve done, but the idea is just to keep momentum going in your life, if not that specific sport. What I mean by that is, you might have completed your first marathon and have no interest in doing another, which is fine, but it’s still a great idea to set another goal in your life.

What is important though is to make the goal using the principle of SMART (Specific, Measurable, Achievable, Realistic, Timely – or variations of those). Don’t make a vague goal like “lose weight”, “do better in my job” or “run a 5k faster” – they’re wishy-washy.  And don’t set ones that are clearly not going to happen (“be an astronaut in a week”, “win the lottery three times in a year”, etc.)
The sort of goals that are good would be like:

Once you do this, you a) keep yourself pumping and motivated, but b) minimise or lose the risk of post-event/achievement blues. It’s simple but it works great!