Originally posted on my old site in 2014 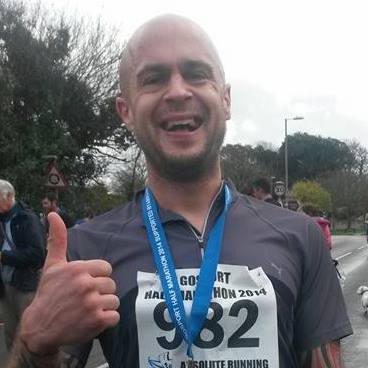 Like a hilly training run, I very much had my share of ups and downs  in 2014 during my running and racing. Whilst I was resting my knee recently, I’ve been reviewing my year that was 2014 and what I’ve learned. Here’s what I came up with:

1) Rest (Properly) Before A Race

In the run up to Bournemouth Marathon (an awesome race by the way) I over trained in terms of speed. Also though, I just didn’t rest enough in the week before. I mean, I tapered distance but I was still hammering out race pace mileage. Also I just didn’t get enough sleep or time just relaxing – so come race morning, when I should have been climbing the walls, I was knackered, yawning, and just not in the physical state you should be when you’re about to run 26.2 miles. Compare this to the week before Gosport Half where I really took it easy – was rearing to go on the morning, and did a great performance. Lesson learned!

I’ve always been pretty OCD about pace – by that I mean I’m almost constantly checking my pace on my Garmin as I’m running. This is a lame habit anyway but made worse by doing it whilst running uphill – makes you think, shit, I’m running slow when, well, you’re going to slow down up hill.

Once little change I’ve made to my training is I slow right down on hills (rather than trying to hammer on through to retain speed) and I never check my pace until I’m back on the level. A little tweak but makes me less stressy. As I progress with my Ultra training this will be increasingly important.

3) Don’t Do All Your Training At Race Pace

A key mistake I made in the run up to Bournemouth Marathon this year was doing all my runs (aside from long slow runs) at marathon pace or higher. It’s insane looking back and something I’ve always done until recently. It’s a stupid way to train (hindsight is a great thing) and contributed massively to my fatigue in the build up to the race (and my lame performance).

It also affected my long slow pace, pushing the mile pace slower by 30-50s a mile. Not a technique I will repeat.

4) Warm Up Before A Race 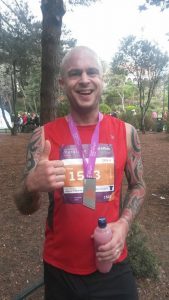 OK OK I should always have done this but I’m ashamed to admit that until Gosport Half Marathon in November, I had never done any jogging/running warm-ups prior to competing. I’d always just done walks to warm up and looking back, that was pretty damn stupid.

Didn’t do loads at Gosport – maybe 10mins max – but made a huge amount of difference and was a key factor in me performing well I think.

Stretching? Boring. Strengthening exercises? Boring. But, as I learned during December’s time off from injury – vital. One of those things you put off and off and off then suddenly realise your stupidity. I’m now building in all this to my regular routine. Being injured and not able to run majorly sucks, especially if you know you could have prevented it.

I always train to music – there’s always big discussions on runner’s forums about whether this is ‘right’ or not – one of those epic debates that’s actually very boring and inevitably goes nowhere. Personally I love training to music – often embarrassingly dire stuff (S Club 7 anyone?) – but also a lot of EBM, 90s rave and cheesy pop.

Until Gosport Half I’d run every race with music. I made a decision not to with this race and, rather than finding it boring, I enjoyed being able to concentrate better and be more ‘in the moment’ – again a factor which helped me deliver a solid performance.

I’ll continue to train to music, but I think when I’m really putting effort in (both physically and mentally) during races I perform better without. 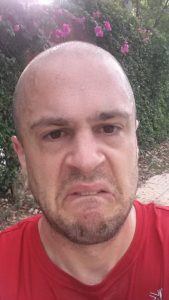 Oh booo hooo my race is going badly. Oh booo hoo I’m injured. Oh booo hooo etc etc. You get the idea – any time I have a bad moment in a race (especially Bournemouth Marathon), I get like this. It serves no purpose at all and just makes things worse. It can be hard to feel positive and motivated when you’re feeling like crap but being OTT negative is 100% counter-productive.

8) Seed Yourself Higher Up

It happened at Gosport and probably every other race I’ve done – I place myself way too conservatively in the starting pen and then get trapped in miles 1-2, losing valuable minutes and getting frustrated and annoyed. Lesson learned and for future races I’ll be higher up and not getting stuck – I’m sure in Gosport I lost 1m – 90s in those first two miles.

9) Don’t Do Anything Different On Race Day

This is standard advice, especially for a marathon and something I’ve always abided by before. However, for some reason, just before Reading Half this year, I drank water with rehydration tablets – pretty silly given I wasn’t rehydrated and that I never did it at all during training. I think it affected my stomach and contributed to me chucking up later in the race. Rookie error.

It’s all too easy to take running for granted – on days when it’s chucking it down with rain or freezing cold, it can seem like a chore. However, when you can’t run due to injury, it hits home how important running is to you, how great it feels, and how much you miss it. One of my promises to myself now I’m pretty much recovered is to be grateful for every run I have.

Not only that, but of course many people can’t run due to ‘real’ injury, disease and so on. I’m fortunate in that I am physically able to run, and it’s something I intend on making the most of whilst I can do so.

A great thing about running is that you get to experience environments in different ways. This may be different climates, seasons, or perhaps seeing places at unusual times (town centres early mornings, for example). Many times I think we as runners forget to look up and actually see what’s around us – the sunlight, sunset; really experiencing and taking in what we’re a part of. I’m fortunate as I live in the New Forest and last year I’ve seen a pack of young deer running through the forest (stunning to watch although it was over really quickly), ponies in the early morning mist, the eerie reflections of a deer’s eyes as my headlamp went past it, beautiful sunsets, crispy frosty grass, fireworks in the sky, and loads more.

When we’re running, we become part of where we are – we’re part of the experience rather than observing through a window. We’re breathing it in and it’s so easy to take it all for granted and forget to look around and see how lucky we are, especially when we’re out of the urban environment.