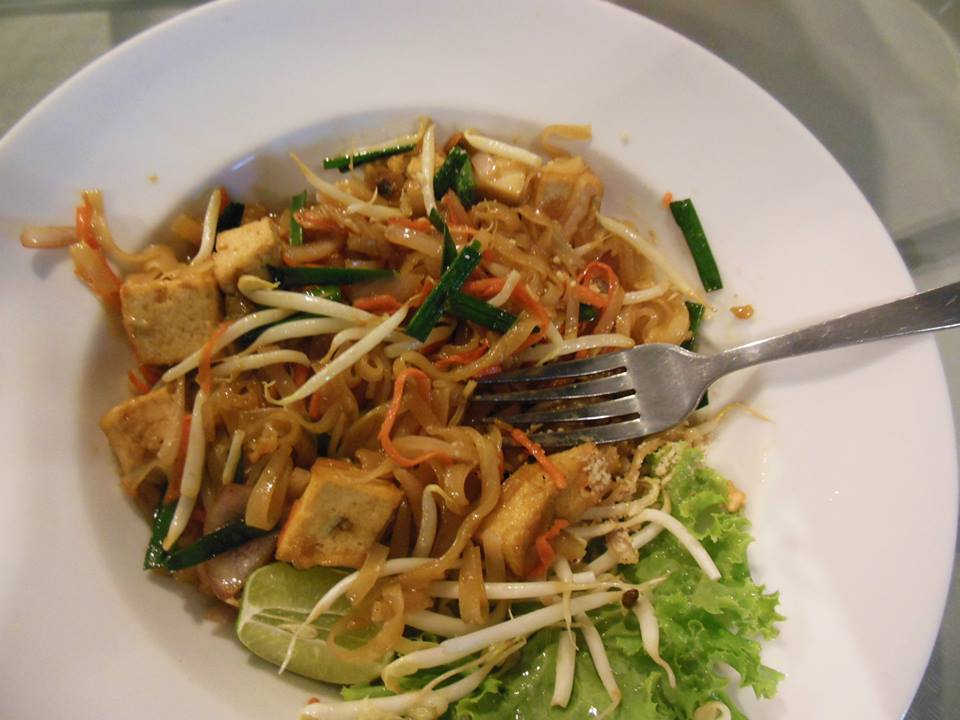 Those of you that know me will know I’m vegan. I’ve been vegan now since late 2003 (had been veggie before that on and off for a while).

As it’s been so many years now, being vegan is just part of my regular life, it’s normality for me. I don’t really give it any thought (aside from things like checking ingredients and so on). So it’s not something I’ve ever come to re-evaluate or anything. It is what it is – which is to me, a conviction, a belief that I can’t see myself changing in the future.

I won’t go into detail as it’s not the point of this post, but broadly speaking my reasons for being vegan are for the most part ethical, with an element of health too. Now, for me, my decision to be vegan is ‘right’. That is, it’s right for me. However I don’t consider myself to be one of the ‘preaching’ type vegans who see it as important to get down people’s throats about it. Frankly, I don’t really care what your dietary choices are. Whatever they are, they’re ‘right’ for you otherwise you’d choose differently. Sure, in an ideal world of mine I guess everyone would be vegan but hey.
Similarly, I’m an atheist. Whilst I don’t believe for a second in the existence of a god, I have no qualms if you do. In any case neither of us can prove we’re correct 🙂

Getting to the point of the post then, one thing I find rather annoying about being vegan is being routinely asked to justify my choice. This usually rears its head the first time I’m eating in front of someone. It’s 95% the first reaction – “WHY are you vegan?”

Now for me, I find it boring talking about food. I really can’t be arsed and in any case, if we’re out in some kind of restaurant setting, I don’t like the spotlight being on me as I don’t want to sit there trying to enjoy a meal explaining my personal choices and beliefs.

The other thing is, I’m not going to say to someone eating meat/dairy products “WHY are you eating that?”. Because it’s boring and I couldn’t care less.

The hierarchy of questions then typically goes from ‘why’ to either going ‘well what DO you eat?’ or by asking me to justify my choices further.

Admittedly some people are genuinely interested, and not in a negative way, but for the most part I’m made to feel like I’m on the defensive, and it makes me feel quite uncomfortable. This then often descends into people telling me how I don’t get enough protein/B12/blah blah blah, usually as they’re scoffing a plate of chips.

I think of all the ‘Vegan FAQs’, the ‘what DO you eat’ is the single most inane question. Oh and there’s always the token “my friend was vegan for a year and got really ill” crap, as if no meat-eater ever got ill from not having a balanced diet.

Hm what else? Ah, the assumption that for me being vegan I’m in some way ‘going without’, that I miss everything. I don’t at all. I don’t look at meat or a pint of milk and think “mm I could just have some of that.”
And why does everyone assume that I must miss bacon sandwiches? Never understood that one.

Aside from having a moan, what I’m getting at is I don’t like being made to explain my personal choices. Sure, if I was to open up a debate by going “all you meat eaters are murderers” or sending you a video clip of an abbatoir, then fine.
And yes I like food, cooking etc but I have no interest in explaining what I’ve eaten that week. Do you really need to know that I ate Weetabix this morning?

Actually, the real PITAs are the ‘nit pickers’. These are people that just can’t handle the thought of someone being vegan and therefore try to rip apart your beliefs. E.g “what about your shoes?” “what about your belt?” blah blah blah. Or when they see me eating a cake/cookie/whatever, go “is that vegan?” FFS

On the flip side, I’ll freely admit that there are some vegans who are way, way too gung-ho and preachy, and, sorry, I don’t respect that. It’s intrusive and dis-respectful. And also I’ve never known these types of people to ‘convert’ anyone anyway.